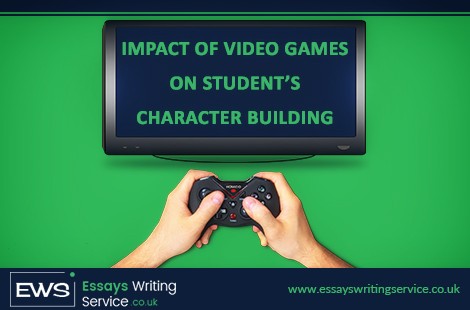 Who does not enjoy playing video games? Certainly, if there is one thing that all students can really agree upon, it is the fact that video games are probably one of the best inventions that the modern world and technology could come up with. Just imagine, a weekend with your friends coming over for a visit to your house. You plug in your XBox or PlayStation and then… Hallelujah! Enjoyment galore!

The Truth About Video Games

That is not really the case though. Most students do not get so much time off to play video games. The reason? Simple enough. With all that many essays to write, could students really spare that much time off for video games? In fact, although most students are not aware of it, video games can actually help students build up their character! Here is how:

Most games are meant to be played in league with other players. Call of Duty: Black Ops III is one of the most popular games in this genre. However, even if the game is not a multiplayer version, there is honestly nothing more fun than hanging around with friends and playing video games. Studies also indicate that nearly 70% of game players prefer to play along with teammates. What is even better, students who play in teams learn how to get along with teammates also, hence building their social skills and enhancing their teamwork abilities.

Think of Age of Empires, the first part, and that whole plot line about finding Poseidon to discover why he was angry with you (the game’s main character) and your people? That game took ages to play, Poseidon was not easy to find and the journey was long and arduous. It does not matter what game students are playing, what does matter is the fact that, even as they are playing a videogame, they are also, at the same time, involved in an immersive, video game experience that allows them to understand times and situations of ages past.

Applying Your Knowledge To Real Life

Taking the earlier example, to understand this idea further, consider reading The Odyssey. Homer’s narrative is slow and difficult to comprehend, basically because it is from an entirely different time and era. For 21st century students, the Internet and fast-paced technology in particular, has eliminated distances and made them feel more connected with the rest of the world. Few journeys today would take the traveller many years to accomplish. The concept of Odysseus’ long journey however, becomes easier to understand if players are used to the idea of stepping into a character’s skin and empathising with them.

When You Need To Say No To Video Games

However, there comes a point, even as we champion the cause of students’ playing video games more often, when video games need to be stopped: when you need to complete all your essays. Here’s a great solution though. Why not hire a service such as Essays Writing Service to help out with all your academic writing work while you build up your character, pun intended, playing video games.